Do you feel Lucktastic?

I’ve been running an experiment for the last few months to see if an app was actually worth writing about and it turns out it was!  The app is called Lucktastic  and for just a minute or two a day you can earn money: 50 dollars every 5 months or so. 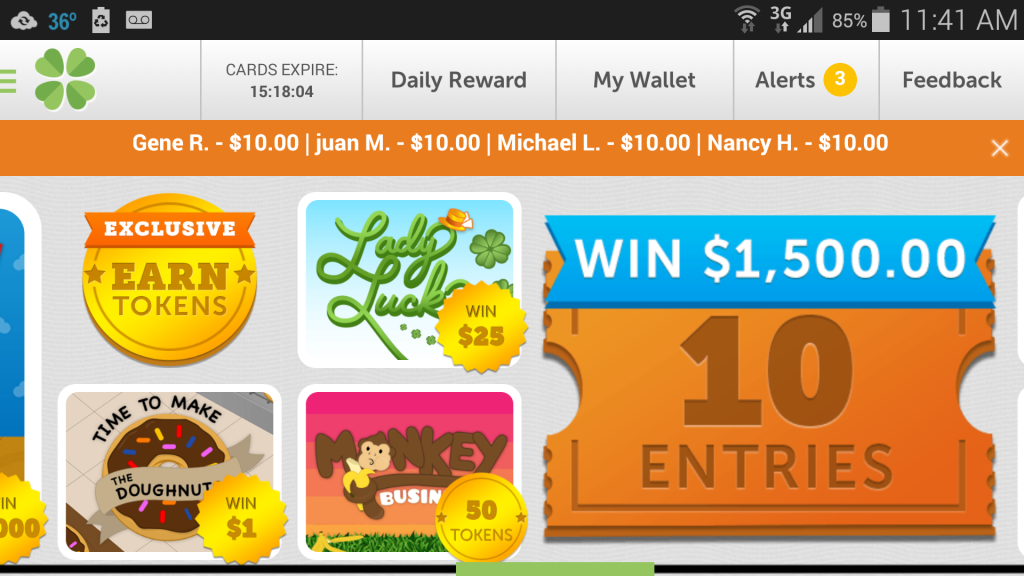 Lucktastic itself is pretty straightforward.  It’s an ad-supported app (meaning free for users to play and paid for by advertisements) that provides daily prize cards for players to “scratch-off”.  The scratch cards prizes range anywhere from 25 tokens to several hundred dollars.  When choosing a scratch card, you usually have to watch a 15 to 30 second video advertisement and the scratch card will load.  There is an additional scratch-off bonus square so that even if you don’t win with that scratch card you get 4-12 tokens as a consolation prize per card.

Admittedly, in the 5-ish months I’ve been playing, I’ve only won one scratch card that was worth any money (and a dollar at that), though I usually get a couple winning cards a week for 25 or 50 tokens.  But trying to win prizes through these cards isn’t going to be the most productive way to earn a couple of extra bucks.  Every consecutive day that you log into Lucktastic  (whether you play any scratch cards or not) there is a bonus.  The first 4 days are 250, 500, 750, and 1000 respectively.  Once you’ve logged in 5 days consecutively, the next login prize becomes a “mystery prize” ranging from a few hundred tokens to entries into some of the drawings.

My recommendation, is to open Lucktastic  for 5 consecutive days, skip a day, then repeat the process.  That’s 2,500 tokens every 6 days (and that’s if you don’t do the scratch cards that take about 5-10 minutes, easy to do while you are watching a TV show).

Now you might be asking, what exactly do I get to redeem these for?  There are several gift cards available for eateries, Target, and movie tickets, but the one I saved my tokens for was the 50 dollar Amazon gift card.  At 75,000 tokens, just using the login bonus it would take about 180 days to get that gift card (a free 50 dollars every 6 months isn’t a bad deal for a minute of work a day).  If you actually do the scratch cards, you can usually make hundred tokens a day which would could shave a month or more off of achieving that gift card.  They also offer apps that you can download or additional videos you can watch for anywhere from a few tokens to 1,000 to speed up the process (please be careful if you go that route to make sure that the app is reputable and won’t harm your phone). 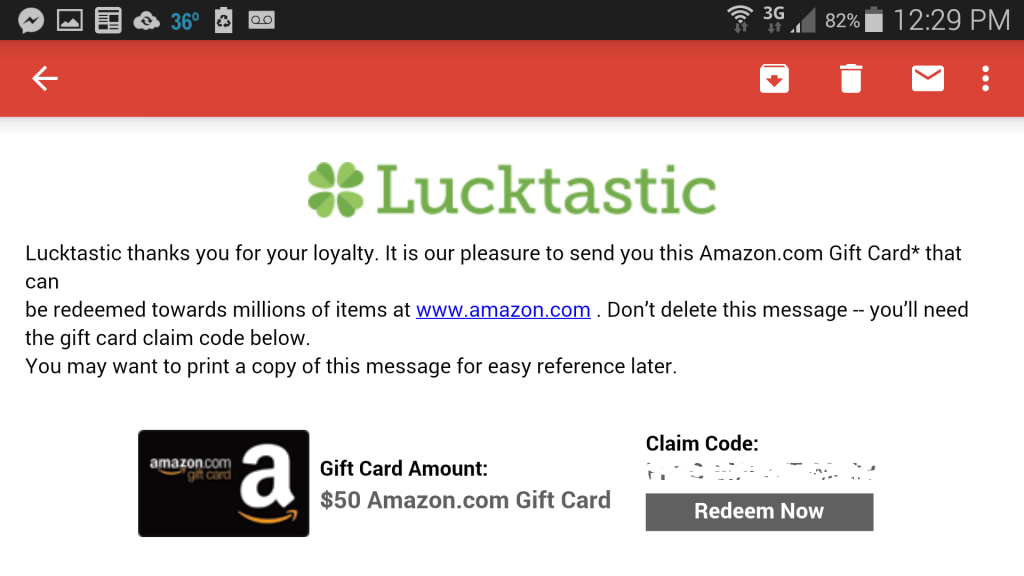 Last week I redeemed my tokens for a $50 Amazon gift card and not only did it arrive nearly instantly by e-mail, but I had no difficulties adding it to my Amazon account.  It may take a little while, but Lucktastic is completely worth it to have a free gift card to use for something you might need and 50 dollars can stretch decently depending on what you buy (don’t forget Camel, Camel, Camel if you are looking for a deal).

‘Tis the Season of Savings 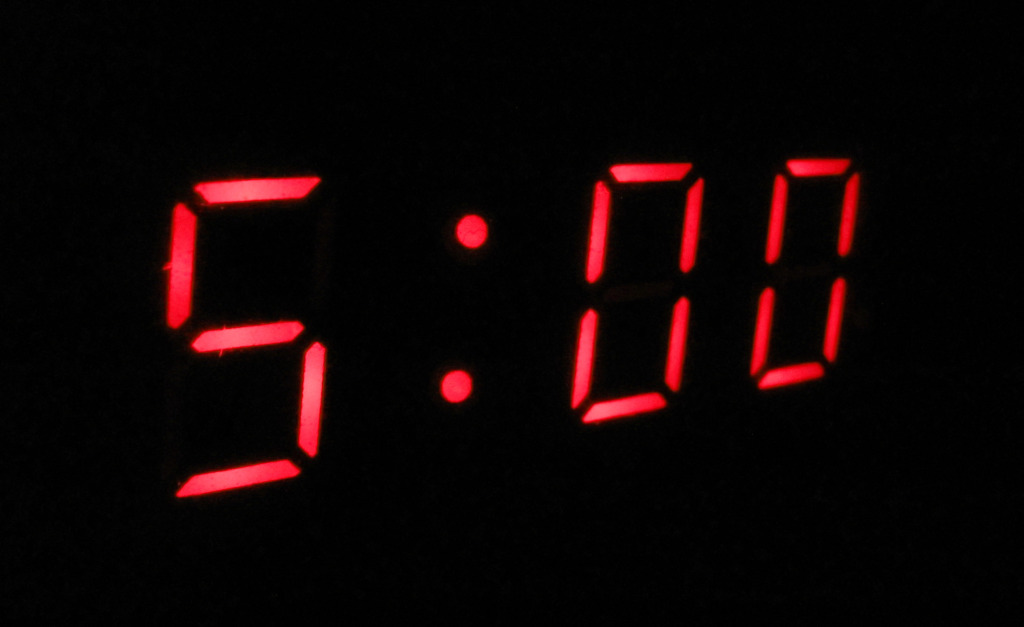 Me?  I prefer to leave camping to the wilderness and waking me up anytime before 5 will result in a series of unfortunate events.  There are some people out there that prefer the thrill of leap-frogging from store to store and having a game plan more meticulous than Thanksgiving dinner prep.  My hat’s off to you.  If you can be the first into a store for some of those limited quantity items, you can certainly get them for a steal. (Though I think lining up 22 days in advance is a bit much) 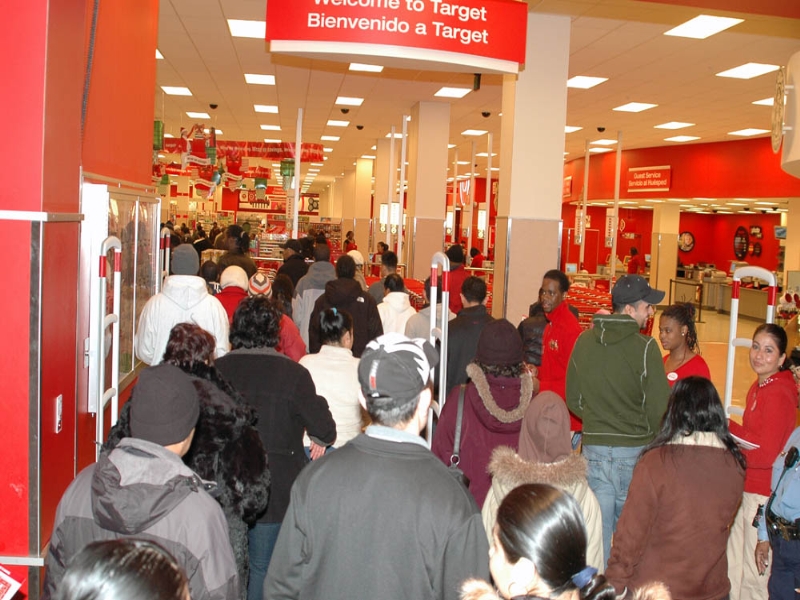 That being said, being physically present at stores isn’t really a necessity anymore.  Sure, there are still a couple of in-store only deals, but many stores are putting the majority of their Black Friday deals online (usually while quantities last) and there is the ever growing presence of Cyber Monday.   This makes it way more convenient for those of us that want to cash in on deep discounts and free shipping from our favorite retailers and don’t want to get out of our PJ’s to do it. Since this can be one of the best couple of days of the entire year to get the most bang for your buck, how can you take advantage of the best deals?

Hopefully these tips can help get you a great deal on a quality product and help save you money on something you were planning to purchase anyways.

Can Camels Help You Save Money?

Believe it or not, camels can actually help you save money! 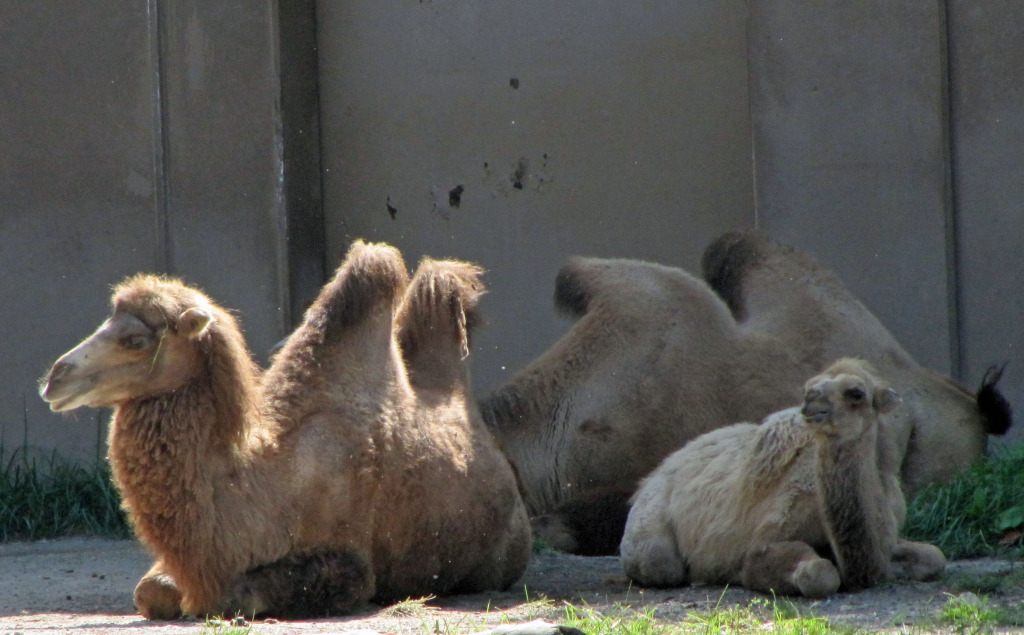 No, not those camels.  There is actually a website out there called camelcamelcamel.com.  I know, at first glance you might think this is spam or a guaranteed virus if you click the link.  Quite the contrary.  The developers of this site have created a tracking mechanism for amazon.com to record Amazon product price fluctuations.  When you are hunting for the best price on a product: camelcamelcamel will show you know how far it has dropped, when the best price was, and where it is presently.

It is also worth noting that they have created a price tracker for Best Buy (camelbuy.com) and Newegg (camelegg.com) if either of those are your preferred stores.

If you take a look at the above image, you can see the entire history of the product from when it first arrived on Amazon to present.  You’ll notice you can change the date range, show third party prices, and although it’s not included in the screen shot it will list by date the most recent price drops and the highest and lowest price points.  I’ve personally used this service for a couple of our family’s bigger purchases and it’s saved us 20 to 30% of the price on average.  Even more conveniently, you can provide your e-mail to get alerts when the price drops below a certain threshold that you’ve set.  I’ve used one of my personal e-mail addresses for it and never received any kind of spam as a result. It’s a great way to gauge the price of a product since there are several stores out there like Best Buy that will match prices from Amazon.  If you are planning a future purchase, especially with Black Friday soon approaching, this could be an excellent way to get the best deal and save money as prices drop for the holidays.

This isn’t meant to be a work from home website that advertises making 10,000 dollars a week for doing virtually nothing.  If it were that easy, everyone would do it.  Many of those sites end up being schemes or something that you buy into to learn some key piece of knowledge that you have no idea how to apply.   You buy a tutorial from them, they bought it from someone else, etc.  Sure, there are things out there that people can make money doing, like affiliate marketing, data entry, etc.  The earning money section of the blog is intended to find those minor opportunities to earn money back for doing nominal work or just going about your daily life.

To clarify again, these aren’t going to be major earners, actions that will get you hundreds of dollars in one sitting.  But over time, they can get you a few dollars here and there, perhaps enough to get a DVD/Blu-Ray you’ve been eyeing that wasn’t in your budget, or maybe get a free tank of gas.  It’s about the long-term.  If you can make on average, 20 dollars a month using methods you find here, you’ll make $240 dollars by the end of the year.  That can go towards a vacation fund or paying down debts.  Just remember, a drop in a bucket doesn’t seem like much, but many drops will eventually fill the pail.

Saving money can be very challenging at times.  Have you ever noticed that there are oodles and oodles of ways to spend money?  When was the last time that you saw a commercial that encouraged us to save money, invest in a 401K, or maybe invest in stocks.  According to modern society and nearly every consumer advertisement, we need everything and we deserve everything in instant gratification style.  Even if we can’t afford it, we can still probably justify some reason why we should purchase it now rather than wait.  Now I’m not saying that is isn’t nice to get nice things.  It’s awesome to take a really nice vacation, upgrade electronics, or get a new car, but sometimes life dictates that we need to prepare more for the future rather than enjoy the present.  The good news is that the ability to do both is possible.

The common belief is that savings must be in large quantity in order to matter.  To save 100 dollars is a great deal, but to save 2-3 dollars is not.  If you could save 2-3 dollars per week in just spending habits alone, that’s still an extra 100-150 dollars a year.  For some, that can be the make-or-break point regarding their finances.  There are two key ways to save: either cut back spending on certain items and categories or make an upfront purchase that will save money in the long run.  As you explore our ideas to save and earn money, please contact us if you have any ideas we haven’t covered yet and we’ll do a write up on them.  And remember, a drop in a bucket doesn’t seem like much, but many drops will eventually fill the pail.